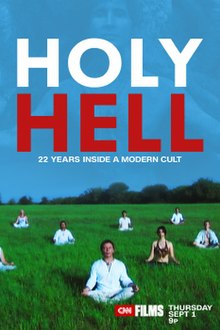 END_OF_DOCUMENT_TOKEN_TO_BE_REPLACED

Every town has a legend, Joshua Zeman (CROPSEY [2009]) tells us once more in his latest documentary, KILLER LEGENDS (2014). We know his own from CROPSEY: that a maniac who steals children prowls around every corner. Zeman reminds us that the Cropsey legend is loosely based on true events (Andre Rand’s abduction and murder of two children in Staten Island). In KILLER LEGENDS, Zeman extends his analysis to four more prominent urban legends: “The Hook,” the Candyman, babysitter killings, and the mythology behind a fear of clowns.

As a quality documentary film, KILLER LEGENDS is only so-so. Many of the scenes of Zeman’s—and fellow researcher Rachel Mills’—investigations take place at night for dramatic effect (we can only assume), sacrificing a clear image for blurry scenes of Zeman and Mills making awkward conversation as they visit the scenes of various crimes related to urban legends. Inexplicably, they rarely have much to say in these instances, causing one to wonder why they bothered to visit decades-old crime scenes in the first place … staring at a tree where townspeople believe a murder occurred or pointing out a gravestone adds nothing to the exploration. These scenes are mundane in comparison to the informational portions, which are dense and fascinating.

END_OF_DOCUMENT_TOKEN_TO_BE_REPLACED

When ambitious young filmmaker Maggie Price (Jessica Alba) asks Sarah Hope (Lily Rabe) to be a part of her latest documentary, we get the impression that she doesn’t quite know what she’s asking. The film is intended to be an exploration of the site of the mass suicide of Heaven’s Veil, a radical Christian cult…a tragedy that only Sarah Hope survived.